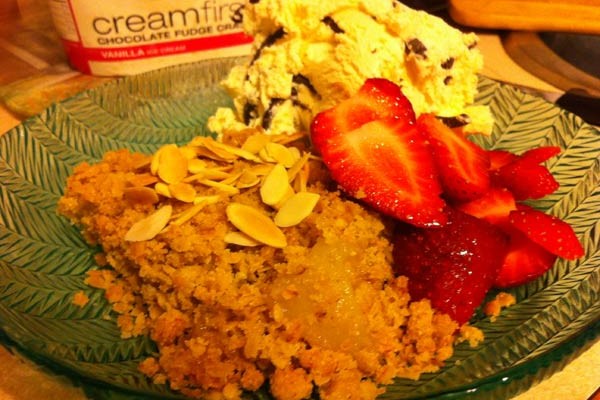 We’ve all heard of apple crisp, but pear pie being my favourite of the pear recipes, pear crisp is just as good and easier than pear tarts – although these could be placed in tart tins, cooked, cooled & frozen for another day… 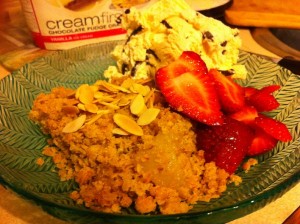 Mix together with a fork.

Pour over peeled sliced very ripe pears, enough to generously cover in about 2 layers a 8×8 deep pan – approx 6 – 9 pears (from the pears grown on our property)

Pear Pie: make just as you would apple pie, pull back the cinnamon to 1/2 and add 1/8 teaspoon nutmeg & 1 teaspoon clubhouse rum.